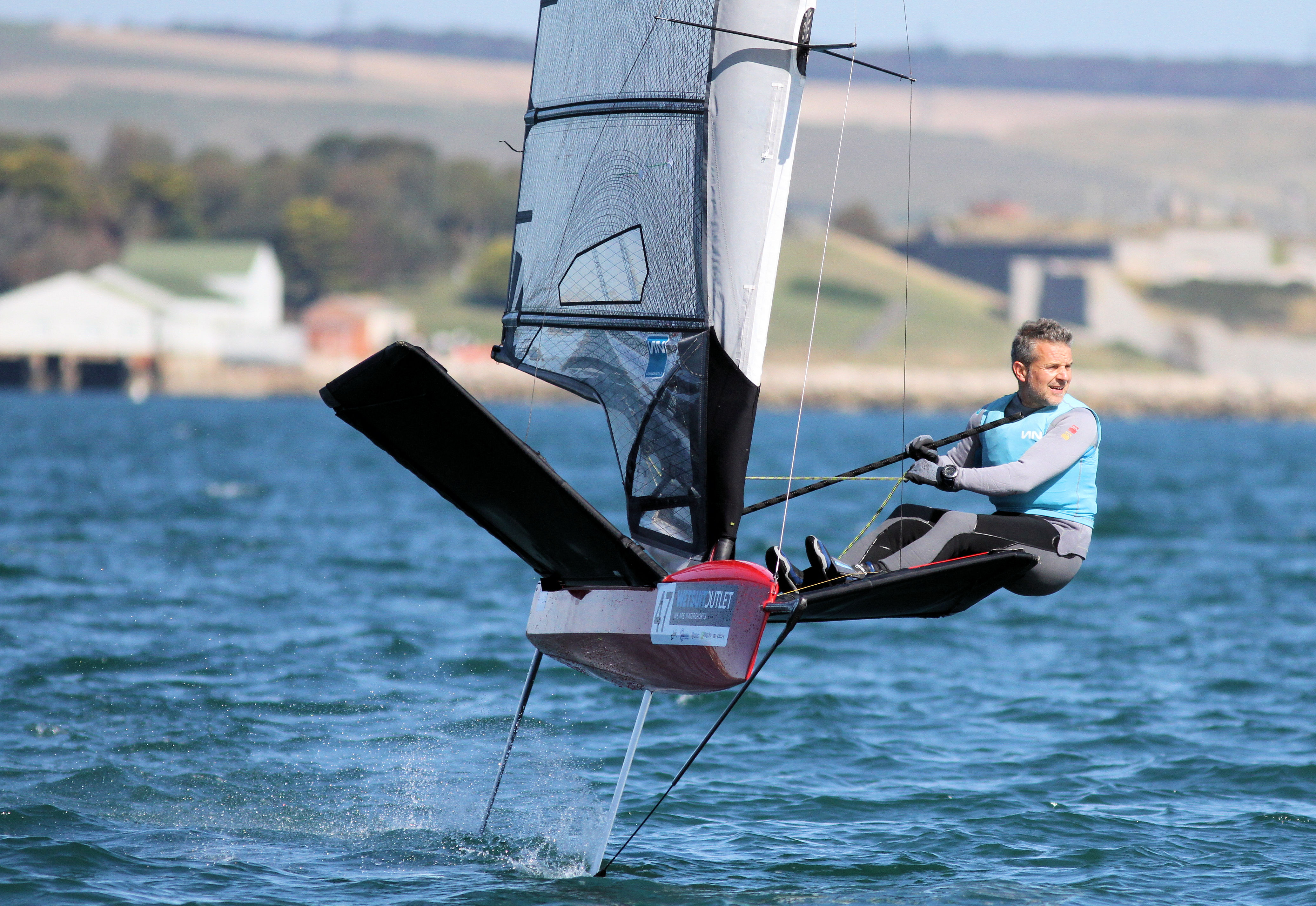 It is Mike Lennon’s combination of sailing talent and sail design skills which will ensure the success of Lennon Sails, a Company dedicated to designing and producing winning sails for racing dinghies and one design keel boats. Mike has been making and designing winning sails since 1986 when he joined Edward Hyde at Hyde Sails.

At that time Hyde was an international market leader in one design sail making, being used to win numerous Olympic, World and National Championships. Mike soon became the head of the development team working with leading sailors across a wide range of classes. Mike pioneered the use of sail design software at Hyde and supervised the introduction of laser cutting equipment.

The one design market changed dramatically in the 1990s with the introduction of new boats by Laser and RS.  Mike played a prominent role in the development, not only of the sails, but also of the complete rigs for all the new boats for both companies. Mike is without doubt the leading exponent in the world of this design discipline with more experience than any other sail designer.

Given his interest in the technical aspect of small boat racing it is not surprising that Mike has sailed in many classes in which there is scope for development.  He spent some years in the International 14 class winning the POW and the Championship. He has been National Champion in a wide variety of dinghies and keelboats from the Melges 24 to the Scorpion (three times). Two Olympic campaigns in Flying Dutchman gave Mike experience of racing at this level which demands an attention to detail and a dedication far beyond the experience of most sailors.  Mike is currently racing a Foiling Moth, the most technically advanced dinghy class in the world.

Edward Hyde founded Hyde Sails in 1965 in partnership with Keith Musto. Musto and Hyde, as it was then known, became a market leader in one design racing sails.

Their sails dominated many classes and were used to win World and National championships in almost every dinghy and small keel boat. In 1982 the pair separated their interests with Musto focusing on the accessory and clothing company which had been spun off the sailmaking business. Hyde remained a sailmaker and ran the Company until he sold a controlling interest in 2008. In that time Hyde became a competent business man whilst retaining his interest and enthusiasm for the product.

So what has tempted Hyde from retirement? "Mike and I worked together for 22 years and I encouraged him to develop his sail design skills. Mike is now one of the outstanding sail designers of his generation. Mike and I have remained in contact in the years since I left Hyde Sails and when he left in March 2014 I took the opportunity to team up with Mike again. Mike and I will build a brand based on technical excellence, quality and service. I will provide the business experience and hope to be able to offer advice and guidance on the strategy for the Company, as it grows".

Leana Lennon graduated university with a degree in Business Studies and worked in the charity sector for over 10 years in London. After a brief "respite" to start a family, Leana joined the company to look after general management and administration. Although not a sailor herself she is surrounded by a family of fanatics!